The My Little Pony toys always enchant children and bring delight to play time. The Magical Twilight Sparkle pony is a fun addition to that line. The pony will introduce children to the land of imagination and friendship.

Your child can create plenty of adventures as she explores the make believe city of Ponyville. The toy gives children the gift of learning, too – because the horse has long, beautiful hair that a child can brush or style.

Plus, there are plenty of accessories to use for playing with it. This Magical Twilight Sparkle horse in the My Little Pony line is adorable as well as lifelike. She has soft, Pegasus wings so she can fly through whatever imaginary scenes that a child creates.

Her wings will actually move in a flutter motion, too – which adds to the excitement. She has big, bright eyes which just beg for playtime. When her horn is touched, she will close her eyes.

What also thrills kids to see is the light up unicorn horn on top of the horse’s head. Once they touch her horn, it’ll light right up in response. The toy is an interactive one. It’s still until you wake it up by gently touching the star that’s located on her front hoof.

The horse has the ability to move her head from one side to the other in a tilt motion. As she does this, her eyes can also blink. She has a lot of different motions that she can do all at the same time.

You’ll see her head move at the same time that her wings rise up and down and her eyes open and close. She will also lift her front hoof. The horse has the ability to say more than 90 different phrases so you’ll always be hearing something new and fun.

The My Magical Twilight Sparkle comes with four different modes for play. These are friendship mode, story mode, magic mode and song mode. She does respond to sweet touches. If you stroke the side of her face, she’ll tilt her head to nuzzle in response.

The toy is made of a soft material that makes her perfect for hugging. What kids love about this horse is that she tells stories and she talks about friendship. She is completely pose-able so she has the ability to either stand tall or she can sit.

She is steady on her feet – even as she’s doing her motions. The horse comes with the tiara as an accessory as well as instructions on how to operate the toy. It’s suitable for children who are ages 3 and older. 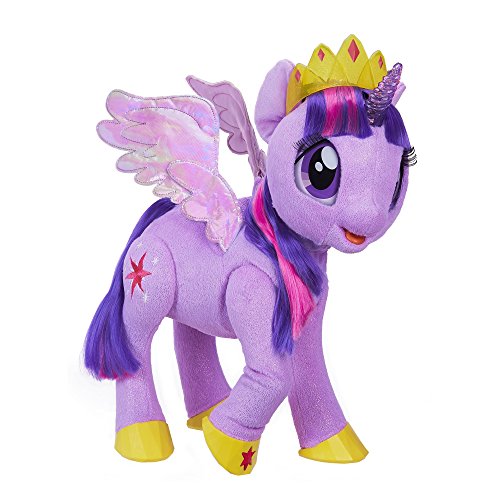 My Little Pony: The Movie My Magical Princess Twilight Sparkle 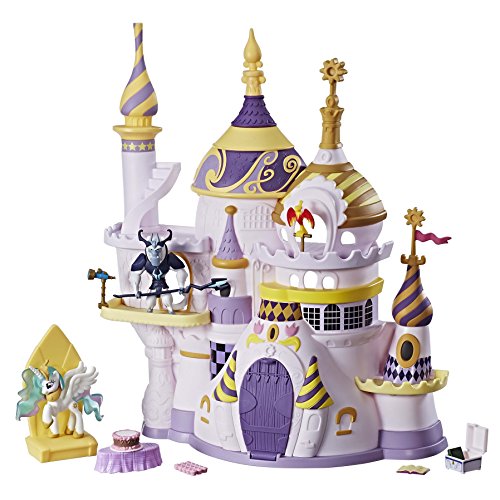