All children love stuffed animals – but what if they had the ability to actually make sounds and move like the animal it represents? It’s now come true in the furReal Roarin’ Tiger play pal for kids four years and up.

He’s so cuddly and looks so real that you might not be surprised when he roars back when kids roar or make other sounds at him. Sometimes he’s playful and other times testing his tiger skills by acting ferocious, depending on which of the 100+ motions and sounds he chooses.

When he roars, he’ll bow impishly and even responds playfully when he’s given his play toy. He’s a great bedtime companion, too with his soft fur – and his back legs can be adjusted so he lies down or sits up.

Pet Tyler and he’ll respond with movement and sounds such as purring. He looks just like a real tiger when he moves his eyes, poses in a cat position and lets out a big roar. Tyler comes with instructions and his favorite play toy and will likely become your child’s favorite bedtime companion as well as his daytime playmate.

Tyler is engaging, just like all of the furReal brand pets. Others you might like and your child might enjoy include Chatty Charlie, the Barkin’ Beagle, Flurry, My Baby Snow Leopard and Pom Pom, My Baby Panda Set.

Torch, My Blazin’ Dragon and StarLily, My Magical Unicorn are two other special furReal pets that would love a place in your child’s life. You’ll likely find a furReal animal to match the animal interests that your child has – or present one that you know he’ll enjoy.

Children often carry stuffed animals all through their lives, moving them to college and even having a special place when they move to their own home. By then, your grown kids won’t need to learn or mimic their favorite stuffed animal, but they’ll remember and cherish the childhood memories they created with it.

Your child will be thrilled with the furReal Roarin’ Tiger for both his cuddles and cuteness and his crazy tiger antics. He may become a favorite companion that the child wants with him wherever he goes.

You can count on furReal animals to last through all the rough play your child can manage. They’re durable and made with care and love with the purpose of helping your child have fun and to learn all about animals.

Many toys are great for collecting or fun to watch and play with. But, furReal pets are meant to be played with, loved and create a special place in a child’s heart for animals. They can help your child create childhood fun and memories that will last forever. 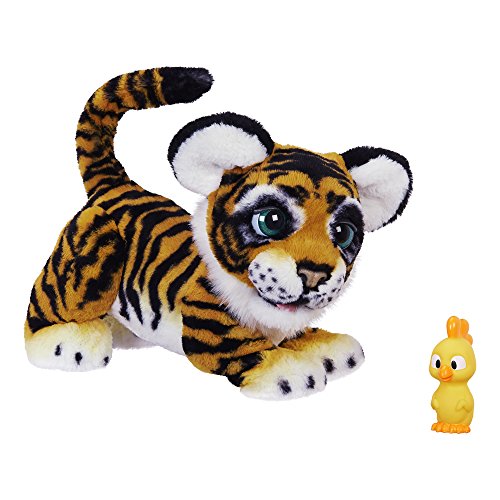 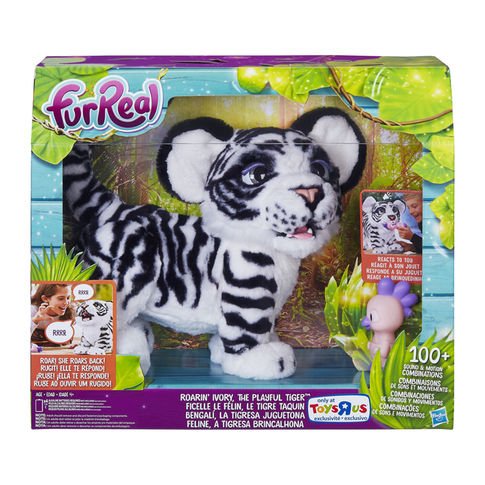 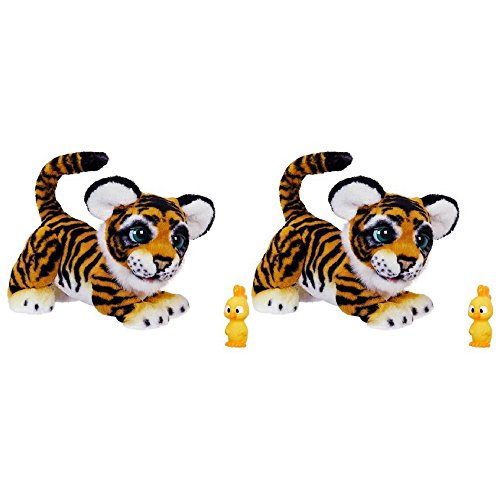