The Animal Jam Geoz Playset is a fun pretend play toy for kids aged 5 years and above. As the name implies, it is based on the popular online game, ‘Animal Jam’. The toy is designed to represent a club scene where Animal Jam figures come together to party on one stage. It has plenty of other cool features, which you can learn about in this Animal Jam Club Geoz Playset review.

The idea behind this Club Geoz Playset is to let kids envision a party of their favorite Animal Jam pet characters. The set is designed like a club with a dance floor and stage for the DJ. It even has a spinning disco ball and plenty of other features that exude a party-like mood. Below is a detailed description of the various features that come with this playset from Jazwares.

Is the Animal Jam Club Geoz Playset Worth Buying?

For parents who want to buy a fun toy that will keep their little ones busy and entertained, the Animal Jam Club Geoz Playset would no doubt be a good choice. The more Animal Jam Figures there are, the more fun kids can have. Expanding the set allows more than one child to play and this item can turn out to be a prized collectable for Animal Jam enthusiasts.

The Animal Jam Club Geoz playset is a fantastic toy to surprise kids with on special occasions such as birthdays or Christmas. Kids will love the club like scene that lets Animal Jam figures party with real lights and sound effects. This collectable toy is ideal for kids aged 5-15 years, so it is not one of those play items that will be quickly forgotten. 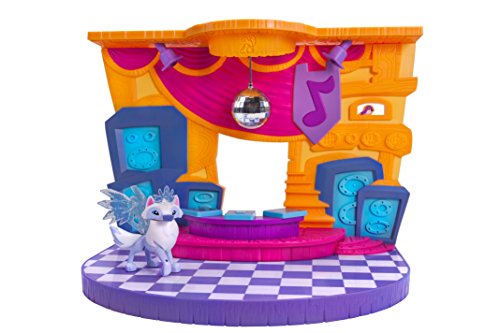